I had the chance to catch up with Arlan Hamilton, founder of Backstage Capital at our Unvalley Conference last December. Below is part of the discussion we had about creating more investment opportunities for more people outside of Silicon Valley.

We were thrilled when Arlan Hamilton, Founder and Managing Partner at Backstage Capital, agreed to be one of our keynote speakers for the December Unvalley conference. Here are some quick takeaways from our chat with her:

We were thrilled when Arlan Hamilton, Founder and Managing Partner at Backstage Capital, agreed to be one of our keynote speakers for the December Un 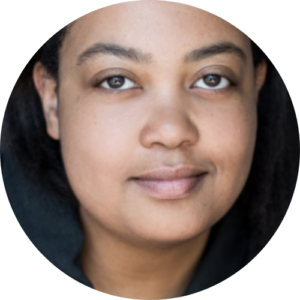 valley conference – and if you missed it, now you can catch up on our conversation!

What do you think is the biggest opportunity in tech hubs outside of Silicon Valley in New York City?

Oh, I mean, just the people the innovation, the perspective, I think that, you know, I’m biased because I was born in Jackson, Mississippi, and I grew up in Dallas, Texas, and I think both are really interesting. Dallas is just, every time I go back, I can’t believe how much it’s grown. It was already a huge place. But it is incredible. And I have a joint venture with Mark Cuban. And so in my family, most of my family like close family still lives there. So I spent a lot of time I expect to spend a lot of time there. And growing that local ecosystem. And then Jackson Jackson, I lived in Jackson for just a little bit of time when I was a senior in high school. And we were unfortunately, you know, again, homeless, it’s been a pattern. And we stay with with family. And I was this is my senior year had been at the same school all my life and Dallas, it was very nice school. And I went to Jackson to sign in. And there was a fight in the hallway with a teacher and a student while I was sitting in that thing, and I found out that as a senior, you had to share books with your classmates, you couldn’t take them home, you had to ship because they didn’t have the resources.

Working with a Lack of Resources

And so just knowing that type of poverty and resort lack of resources and Jackson, especially for black people, and to know today that a friend of mine nationally, Seif is born and raised in Jackson, Mississippi, went on to become a CTO of a company that was led by a black woman in Atlanta part Pik sold to Amazon, She then went on to work at Amazon on some of their, what they’re working on their AI, she’s now a millionaire along with jewel, who’s the CEO, she went back and now she has a $25 million development in downtown Jackson, Mississippi, for tech for to be a tech hub. And it’s all opening in 2021. And so, because what I see is the opportunity is that let everybody else go and run to these places that they think are the Mecca is and have their fun, but we can, as angel investors and as as part of the tech ecosystem, we can, we can live like kings and queens, and our local public areas. And we can really catalyze innovation and be part of that, that foundation. So it’s incredibly exciting. And in our lifetimes, we’ll never reach all of the potential there. And it’s incredibly inspiring.

I’m so glad you shared that story because I think it just perfectly illustrates the example of untapped potential in tech outside of Silicon Valley. And I know you’re doing a lot more with your recent projects to tap into more of that potential. Backstage crowd is a platform that you’ve launched to give more angel investors more high net worth individuals more access to a broader range of startups that are in these high, you know, high density high opportunity areas, like Jackson, Mississippi, but all over the world. Can you Talk a little bit about backstage crowd and how that came about.

Yeah, backstage crowd is our new syndicate. We just launched it officially this year. We launched it in June and have been able to put together 10 deals for for accredited investors $1.6 million rate dollars raised the first deal we did, we did 500,000 in two weeks. And this was really a reaction to a lot that happened this summer, you know, that happened in May with George Floyd. And that happened after that, where we were still I didn’t want us I didn’t want backstage to now be someone’s ticket to an apology. You know, and so there was a lot of that type of money that was kind of looking at us. And then there was a type of dangling money of, we know, we’re supposed to do something, but now you have to jump through these other hoops after and tell us why you are worthy, even though we were the ones that they should be emulating, right. So I said enough of that, I’m not going to do that with institutions, if they want to invest in us, they can come along, and they can ask and they can, we can talk about it, like, you know, adults, but we’re not going to play a game. And so I said about the crowd, there are so many accredited inadequate, we have two tracks, we have both tracks, right. But there are so many accredited investors who don’t even know they are accredited, who don’t even know they can invest in private companies. There are so you know, you make $200,000 or more or 300,000 with your spouse. There’s other ways you can look it up to there’s so many investors who could put that put $1,000 into a company, we might put 100,000 in. And then you know about 40 people put in 2500 average, and we have a $200,000 deal for a company. And they are on the terms that we’ve negotiated. And it makes it easy. So if you’re familiar with like Angel list or anything like that, that’s the same kind of vibe, but it’s on our own platform. So that’s backstage crowd comm for accredited and non accredited investors, and you can just sign up, when you sign up for it, you’ll get an immediate email that tells you a lot of Next, you know, not next steps, but tells you a lot of information to reference. There’s an FAQ on the site itself. And we’ve had a lot of fun with that. And I think in January, we were going to really crank things up. And it’s gonna be very exciting.

One of the things I keep hearing about and have heard about over the last decade, but it seems like more and more is in the forefront of the consciousness of the tech industry is that owning equity in companies is how you can generate true wealth in the tech industry. And you’ve already mentioned one with a founder generating wealth by starting several companies this new development project in Jackson Mississippi. How are investors now because of platforms like backstage crowd, generating true wealth by owning well so it’s

You know, we have a right now you see the door dash, you see Airbnb see Slack, you see all of that happening, and you hear all the stories of I put in $5,000. And now it’s worth all this. Now, that is very rare. First of all, venture is risky. And I say that to everybody. But the reason most of the people saying today, seven years later, five years later, I put in 5000 is because they were part of some sort of little close group, they went to college with this person, or they knew that person or whatever they got in. And that’s how they’re able to do it. They, if you do that enough, you diversify your portfolio and tech enough, you could have, you know, some outsized return returns, if you’re if you’re diligent and disciplined, and you go through a lot of steps.

Finding Good Tech Investment Opportunities Without Being “In the Know”

But the problem had been in the past, before there was an angel list and all those types of platforms where you couldn’t get into the deals to begin with. So then it doesn’t really matter. But if, with backstage crowd, we have all types of companies that we spent the last five years really working with, and you know, in the trenches with, and there are some of those companies, again, all speculative and all risky. But there are some of those companies who could go on to be those billion dollar companies that we’re talking about. And because we’re able to negotiate those terms, our syndicate can can be part of those terms. So that when we’re celebrating and two years and five years and 10 years, we’re not celebrating siloed ourselves and saying, Look what backstage was able to do, we’re saying, we all got a slice of this. And I think if you do that enough, and you’ve diversified your portfolio and have a strategy, which we talked about in that email that you get, I think you can work towards that. And you can also use it as a training ground for more direct investments. So you do this to kind of get your feet wet, and then start creating those, those relationships. For more. I personally have the seven income streams, and one of them is this. And you know, that’ll that’ll, it’s, it’s, it’s about you know, I think about the doordash drivers. And I think people are going to be doing more and more of this in the future. But it’s one thing to be a doordash driver and to celebrate, but I would I would rather that doordash driver Were able to put $1,000. And when they first know, when they first got in and how that equity that’s worth now, what 10 or 20?