Our world has changed significantly with the introduction of new technological advances in the last century. But, we rarely stop to think how children and our younger generations adapt to and use technology to improve their lives.

In this deep-dive, we’ll discover how edtech and software in the education industry has shifted over the years, what companies have emerged as leaders, and how you can find a job in the fast-moving edtech industry.

If you’re interested in a career in edtech in the Unvalley, join Powderkeg’s talent matching service that pairs you with an organization and position that fit your unique needs and desires. Get your dream job in a matter of clicks. Get started for free today! 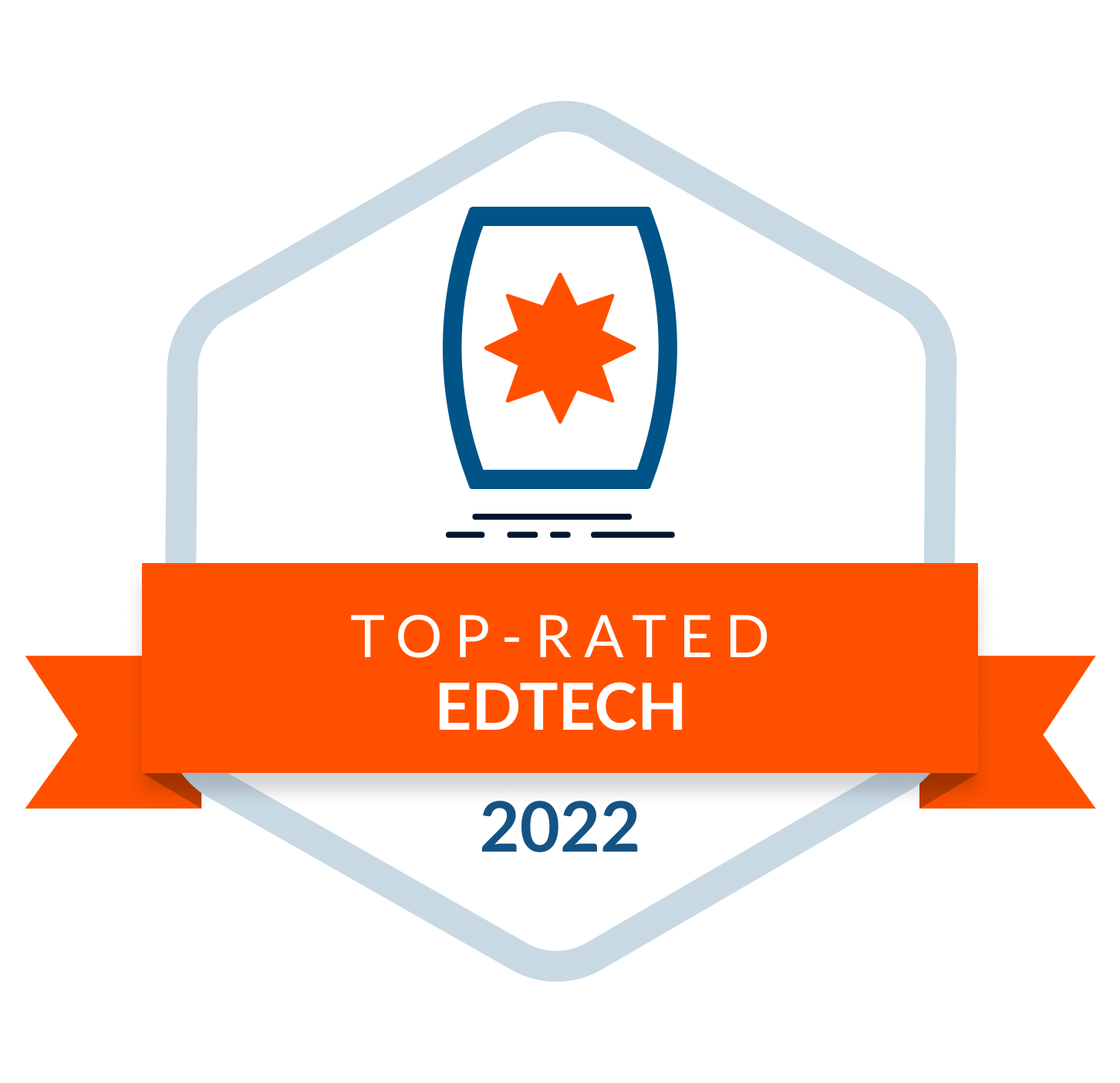 While India continues to produce edtech and software unicorns at a rapid pace, the United States is still the crown jewel for innovation in the education space. Look no further than the Unvalley and the West Coast. It seems that every day features a new, high-profile edtech startup or edtech funding news.

Before understanding where the edtech space is today, let’s first take a trip down memory lane. Who were the first movers? Where were they located? How did they fare versus the titans of industry that preceded them?

Although the “edtech” wave informally began in the 60s and 70s, it wasn’t until the early 2000s that online education became accessible for the average joe. Seen as a pioneer in the industry, MIT first started offering online classes in 2002. Then came DeVry and Phoenix University, both of whom are 100% online colleges today and were revolutionized by the invention of tele- and videoconferencing.

Today, the software industry has crept into the sometimes-antiquated education industry in the form of billion-dollar valuations and unicorn statuses. Among them are Handshake, Masterclass, Udemy, Coursera and Duolingo.

These companies – and most in edtech – have many things in common. First and most obvious, the edtech world is digitizing education. Contributing to so many other positive benefits, digitization allows content to scale at rapid paces instead of students needing to carry physical books and visit a school campus. Instead, you can access elite courses and educational resources from your couch. Coursera and Udemy created marketplaces for courses and lessons that anyone who wants to learn about coding, painting, math or engineering can take from their own home. Revolutionary!

Second, edtech companies are democratizing education for all when in the past, only the rich and wealthy had access to top-notch schooling, professors and resources. Take Masterclass for example: For a monthly cost, you can learn tennis from Serena Williams, basketball from Steph Curry or gymnastics fundamentals from Simone Biles. And, that’s just sports! Their topics range from fashion and cooking to art and finance taught by experts in their fields.

Lastly, they have made education far cheaper. Instead of today’s students being somewhat forced into universities and colleges that charge an arm and a leg in tuition and entangle alumni with thousands of dollars in debt, students can pay on-demand at a far lower cost due to economies of scale. Duolingo, an Unvalley-based language learning platform, is free for consumers!

Because of these few world-changing consequences and so many more, edtech is experiencing a flurry of venture investment from all over the globe, including top firms like Andreesen Horowitz and Tiger Global. And, nations and cultures that had previously been left out of the new age of education and technology realms are finally getting access to new information.

Next, you’ll learn about the education companies changing the industry with new technologies and softwares.

Jobs at the Best EdTech Companies

The edtech industry is broad. With new trends come new education technology news and resources. EdSurge, a board and community that supports the edtech market and serves as a edtech hub for news, is constantly have to chase edtech stories as they appear around the world. A quick glance at their website reveals that education is changing at perhaps its fastest rate yet. Especially during the COVID-19 pandemic when many universities, higher education institutions and schools were shuttered and forced to operate virtually.

As personal development has become a keystone of the employee experience, learning management systems (or LMSs) have gotten an incredible share of venture funding in the last few years. COVID-19 and the pandemic accelerated the increasing importance of a workplace’s role in and support of employees’ personal lives. As startups, large institutions and technologists innovate further, expect a lot more news and funding from this sector of the edtech market in the coming years.

Course marketplaces have already taken the world by storm. But again, expect massive growth and more companies to emerge in this formidable edtech area. As education has digitized and democratized for individuals around the world, course marketplaces like Bay Area-based Coursera, Udacity and Udemy have surged to record valuations (worth $7+ billion, $1+ billion and $4+ billion, respectively).

Technology has also leaked into classrooms. Some of the largest classroom edtech platforms include DC-based Blackboard, Salt Lake City-headquartered Canvas and Aussie-led Moodle. Each of these growing companies provides elearning tools, virtual classroom options and extensive analytics to help educators better understand how and what to teach their students.

To get a deeper glance at the Unvalley edtech scene where major strides are being made, continue reading. Further, if you’re interested in landing a new position in edtech – whether software engineering, talent resources, marketing or finance – sign up for the free Powderkeg talent matching service. Find and apply for your dream job in minutes!

EdTech Companies That Are Hiring

Check out these EdTech Startups that are currently hiring.
Code Galaxy
Austin - Code Galaxy is a provider of online live classes, tutoring sessions and camps intended to help students grow and improve their computer programming, design, coding and other technology education skills.
View Company→
A Cloud Guru
Austin - A Cloud Guru leads the world in cloud computing training with Amazon, Google, and Azure. Their online platform offers courses to prepare engineers to take certification exams for the three major cloud providers. ACG enables professionals to learn on their time and at their own pace.
View Company→
TrueLearn
Mooresville - TrueLearn is a test simulation platform that assists medical students in their education. TrueLearn provides its users with SmartBanks, an online platform that provides students with exam-related content, analytics, and personalized feedback. It features navigation bars, market explanations, board-style vignettes, visual explanations, and peer performance comparisons. TrueLearn was launched in 2008 by Joshua Courtney and is based in Pennsylvania.
View Company→
Teachable
New York - Teachable (formerly Fedora) is changing education by making it easy to teach or sell courses online. Teacher entrepreneurs use Teachable to run their own courses work with almost half a million students online. In a matter of minutes, Teachable allows you to create a beautiful and powerful, payment-ready course from your own website without any technical knowledge. While many use Teachable for asynchronous video-based classes teachers have used it to sell books, services, offline-online classes, group coaching, tutoring and webinars.
View Company→
National Robotics Engineering Center
Pittsburgh - Carnegie Mellon University is a global research university with more than 11,000 students, 84,000 alumni, and 4,000 faculty and staff. Recognized for its world-class arts and technology programs, collaboration across disciplines and innovative leadership in education, Carnegie Mellon is consistently a top-ranked university.
View Company→
Sphero
Boulder - Inspiring the creators of tomorrow.
View Company→
Newsela
New York - Newsela is an Edtech startup that takes real and new content from trusted providers and turns it into learning materials. Newsela takes authentic, real-world content from trusted sources and makes it instruction-ready for K-12 classrooms. Each text is published at five reading levels, so content is accessible to every learner. Today, over 2.5 million teachers and 37 million students have registered with Newsela for content that’s personalized to student interests, accessible to everyone, aligned to instructional standards, and attached to activities and reporting that hold teachers accountable for instruction and students accountable for their work. With over 14,000 texts on its platform and 10 new texts published every day across 20+ genres, Newsela enables educators to go deep on any subject they choose.
View Company→
Add your company

As more funding and resources are devoted to the growth of the education technology industry, edtech jobs are becoming more abundant. Do you want to work for a company shaping how the future of education is shaped? Are you passionate about helping the next billion online get opportunities that were once thought to be impossible?

Previously exclusive to the coasts and startup hubs like San Francisco, Silicon Valley and New York City, innovation is happening in Middle America. Join the movement. Rise with the rest of the United States as we cultivate a culture of entrepreneurship, forward-thinking and hard work.

The Unvalley is full of opportunities, especially in the education space. Whether you’re looking for an “edtech job near me,” you want to make a career shift to a different part of the country, or would like to work remotely for an organization making strides in the edtech space, Powderkeg has your back.

Sign up below to find your dream job in a matter of clicks and minutes. Simply fill out your profile that will be used to match you with qualified and vetted organizations. Specify your unique preferences, skills and desires in an organization. Are you entirely mission-focused and want to work somewhere that aligns with your goals and beliefs? Or, do benefits and a competitive compensation package matter more to you and your family? Whatever your preferences, Powderkeg has the edtech companies for you.

Then, sit back and relax. Let Powderkeg’s AI-powered talent matching software help you apply in seconds.