PERQ, a marketing technology company, is pleased to announce Muhammad Yasin has been promoted from Vice President to Executive Vice President of Marketing. The promotion means Yasin is now part of PERQ’s Senior Leadership Team.

“Muhammad’s efforts have been instrumental in our growth from zero customers to more than 1,500 since launching in 2015,” said Andy Medley, PERQ Co-Founder and Chief Executive Officer (CEO). “From building the PERQ brand to a world-class marketing department, Muhammad’s talents help our continued growth to bridge online research to in-store purchases for the retail and multifamily markets.” 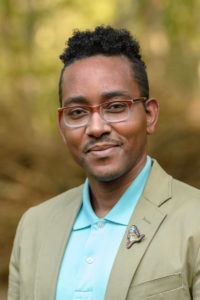 Yasin has been with PERQ for more than six years in a variety of marketing roles. He is also a member of the Forbes Communications Council and Co-Founder of Agile Marketing Indy, a community-based organization that brings process marketing leaders together to share best practices. He launched the Agile Marketing Podcast which is available on a variety of platforms, including iTunes, and boasts guests from leading companies like Gong, American Express, and Trello.

“I’m honored to continue serving PERQ, and the Indianapolis technology community, in this new capacity,” said Yasin. “It’s an exciting place to work and grow.”

Muhammad has won multiple awards for B2C and B2B demand generation campaigns, was recognized as a rising star in niche marketing by the Indianapolis Star and as one of Indiana’s Top 25 Tech by TechPoint. Yasin’s work has also been recognized in publications such as INC, MSNBC, Huffington Post, VentureBeat, ReadWriteWeb, and Vice.

PERQ (www.perq.com), a marketing technology company founded in 2001, empowers businesses and the online consumer experience through innovative solutions powered by artificial intelligence. More than 1,500 businesses in the home furnishings, auto retailing and multifamily industries leverage PERQ’s Marketing Cloud and technology to give them more visibility into their digital marketing efforts and sales.

Founding an Entertainment Community through Tech with James Norman of Pilotly

Growing Education through Technology with Jaime Martinez of Schola

To rate discussions, you must be a member. Become a member today or login.