The resounding theme of the 2018 SaaStr Europa conference in Paris was sales velocity. Arguably, SaaStr focuses on efficiently and effectively scaling B2B software companies, so the theme was a natural fit.

By the end of the conference, I came away with fresh insights on sales velocity, including why investor-backed companies should focus on it as their primary metric.

Historically, companies who want to interest investors tend to focus their discussions around traction milestones. I’ve even documented them in “Milestones for Funding New Ventures.”

It makes sense. After all, most venture capitalists (VCs) have something baked into their thesis that they invest a certain dollar amount into certain size companies. So typically, until you hit $1 million or $10 million in annual recurring revenue (ARR), they aren’t really interested, given the check size they like to write.

But sales velocity is different. It’s more about the speed at which you are passing through those traction milestones than it is about an absolute number.

This is pretty simple math, but you need to first understand how institutional VCs work. First, most raise a fund with a certain investment thesis. As a part of that raise, they promise above-average returns to their investors. Returns are calculated in part on the cash-on-cash basis (e.g., “Did we return 3x or 4x what was invested, net of fees?”), but also on an ROI (return on investment) percentage calculated as an IRR (or internal rate of return).

So, in some ways, VCs are incentivized to return money to the fund faster.

But let’s put a simple example together. An investor puts $1 million into company A. Three years later, the company exits and returns $3 million to investors. The ROI is a whopping 44.225%, which certainly beats the market averages. But let’s say that the investor puts that same $1 million into company B, and it takes 10 years to exit for the same $3 million return to investors. Now the ROI is only 11.612%, which doesn’t even beat the 12% long-run average of the stock market.

How does a VC know which investment will be market-beating?

If you guessed by evaluating velocity of sales growth, you’d be mostly right. This gets complicated, however, when you put the same money into company A and it returns $10 million in 10 years. Now the ROI has dropped from 44% to 25%, even though cash on cash has increased significantly. (For a deep dive into this, MatterMark did a nice job of detailing this a few years back.)

So, if you want to be at the top of the list for investment, no matter where you are located, you need to grow faster and generate more SaaS demand than your peer companies.

How sales velocity changes your valuation

After all of that discussion on how velocity of sales growth is crucial to VCs, I’d be remiss if I didn’t mention how sales and operational efficiency plays a role in valuation. A while back, Brad Feld of Foundry Group was nice enough to mention the 40% G+P rule for healthy SaaS companies. Simply put, growth rate (G) plus profit (P) (I’ll use EBITDA) should be 40%.

It was, at that time, a nice rule of thumb for determining if your growth is healthy. But I picked up some analysis by Drake Star Partners on this using public SaaS companies that really made the case that this has a big impact on valuations.

Having said that, many people don’t believe that the 40% rule is correct for early-stage ventures. Sandeep Peechu at Felis Ventures argues that a 70% heuristic should be used early on. I tend to agree. In any event, it points out that the efficiency of growth, along with the rate of growth, has significant impact on the valuation of a company.

What sales velocity should look like at different company sizes

Lucky for us at the 2018 SaaStr Europa conference, Christopher Janz of Point Nine Capital was one of the presenters—and I managed to snag one of his famous SaaS napkins with updated SaaS funding metrics. There are a lot of interesting insights on size, team, and valuation here. Most are averages, so the adage “your mileage may vary” applies.

But notice at the top of the napkin that alongside ARR is ARR growth (y/y). It seems to firmly hover in the 3x range. If any of your other metrics are below average (because, say, you aren’t in the Bay Area and you don’t have access to teams that have done this before), then you might need to exceed the average growth metric to interest investors.

How to build velocity into your business from the start

There appears to be a tendency among product-driven companies to get a big product out the door before scaling sales. I personally don’t prescribe to that theory, and neither did anyone speaking at SaaStr Europa. Aaron Ross, author of “Predictable Revenue,” likes to refer to it as “nailing a niche.” (He dedicates a whole chapter to this in his other book, “From Impossible to Inevitable: How Hyper-Growth Companies Create Predictable Revenue.”)

Think of it as one person and one very meaningful problem that you solve (granted, there needs to be plenty of that same person out there with the same problem). “Most companies try to go before they’re ready to because they are too impatient, and don’t understand what it takes to market and sell to companies beyond their word-of-mouth network,” Ross says.

How much time should it take?

“The ‘do the time’ idea is very important,” Ross continues. “It takes grit and patience. It takes two years to see if a company/idea is going to be successful, and five to 10 years to get to an exit.”

Understanding this timeline is something you should be doing before you start building a product. In your customer interviews, you should focus on identifying the core beachhead that you plan to use for your initial go-to-market strategy, Ideally, you can focus on this one segment until $10 million in revenue before you expand.

So what growth strategy intersects velocity and product?

If you are looking for a strategy for execution, the best I’ve seen is from Geoffrey Moore in “Crossing the Chasm.” He suggests using a targeted bowling pin approach to growth where one side of the pins is market segment, and the other is features. (Jake Nielson has a nice overview of “Crossing the Chasm” here.)

As I mentioned, sales velocity is the metric that appears to get attention quickest. Still, you should be able to back it up by knowing some of the other important metrics for your business:

To learn more about these and other important metrics, check out the CEO Guide for B2B SaaS companies. 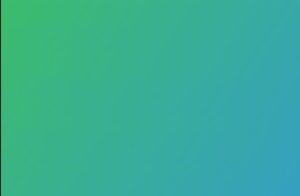