The series follows twenty startups living in a single mansion, competing in a series of pitches and tests to determine who is the greatest entrepreneur on The Blox. 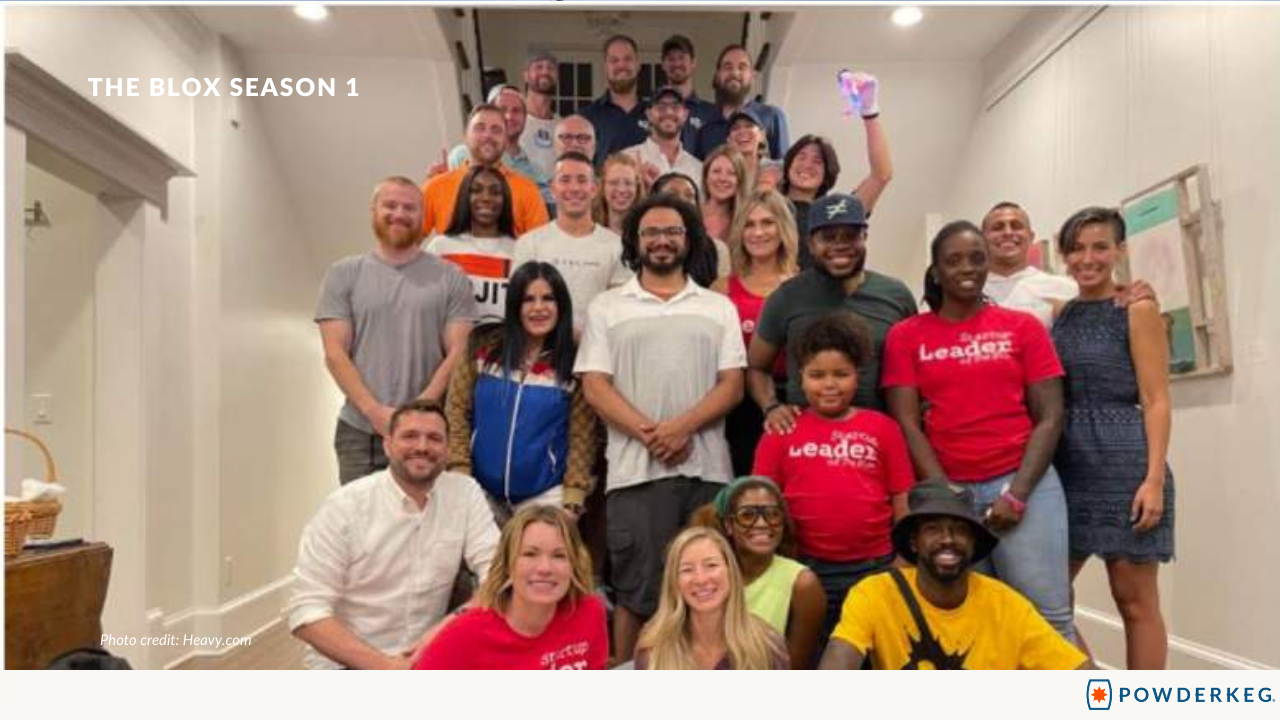 We caught up with Alchemy’s founder and digital storyteller, Alden Miller, about the series.

“Kansas City is centrally located. We had people coming in from Hawaii, Boston, so it was a mutual meeting ground,” said Alden. “Filming lasted three weeks, and every week was a season. We joked around that it was like summer camp—we had 60 entrepreneurs in and out over three weeks.”

The series features entrepreneurs in a variety of industries, so here are a few of the tech companies featured in season one:

“It’s a mix of entrepreneur-like games, pitches and fun things like that. But there’s also education involved,” said Alden. “There’s some novices, people that just started out. And then there’s some people that are on millions of dollars in valuations. So it’s kind of everyone in between.”

Watch the first episode here, or binge the entire season for free on the mobile app on Android or iTunes.

Looking for a video production company?

Alchemy is a longtime Powderkeg partner and works with startups and tech companies across the Powderkeg community.

Follow Alchemy to keep up with all their latest news.