For anyone who still needs convincing, the research is clear: Companies in the top tier for racial and ethnic diversity are 35% more likely to have financial returns above the average in their industry.

Research from the Harvard Business Review shows that organizations are healthier and more profitable when they have diverse teams that don’t always agree on everything. 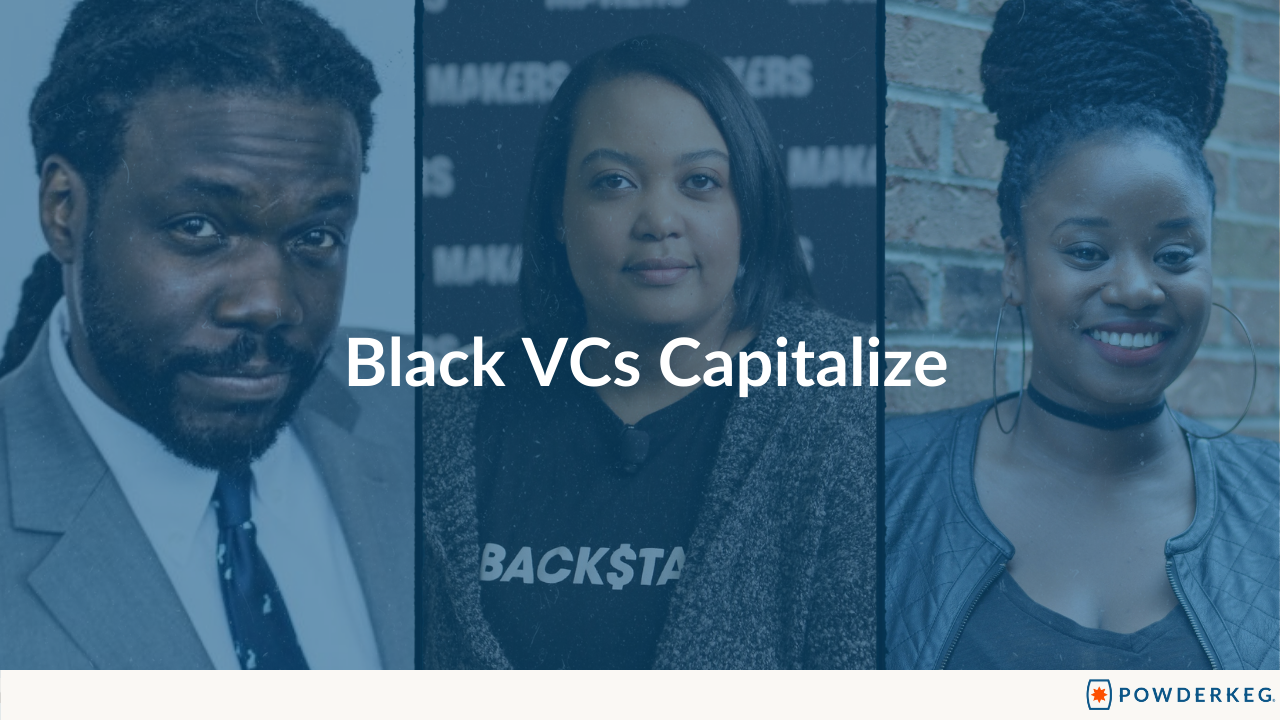 Revenue for Sherrell Dorsey’s subscription-based digital news platform The Plug, which covers the Black innovation economy, is up over 400%. Sherrell started The Plug as a side hustle to spread the word about how Black entrepreneurs are shaping the future of business.

Today, The Plug has thousands of subscribers and Sherrell has brought in over $500,000 in equity-free capital financing. She has 4 full-time staff members and 15 contractors, and plans to hire more team members in 2022.

Sherrell shared the story of how she built The Plug with us at Powderkeg Unvalley last Fall. Watch the Unvalley talk here.

Morgan Stanley’s multicultural innovation lab supporting diverse founders just selected the next 8 startups to participate in the Winter cohort of their accelerator program. This year’s accelerator class is the largest class ever, with diverse and female founders in two U.S. cohorts and a new summer program that includes founders from Europe, Africa, and the Middle East.

Learn more about Morgan Stanley’s Innovation Lab from the program’s co-head, Alice Vilma, in this Unvalley panel on how to find investors at the right time.

Black VCs are starting their own firms. The nonprofit BLCK VC, in partnership with Silicon Valley Bank, recently published their State of Black Venture report, which showed there are more Black venture capitalists investing than ever before.

More than 50% of Black partners in BLCK VC’s study launched new firms, and half of those firms were founded within the past two years. These Black venture capitalists are focused on leveling the playing field by investing in underrepresented startup founders who have traditionally been overlooked.

1. Marcus Whitney is an African American VC partner and the co-founder of Jumpstart Health in Nashville. He launched the Jumpstart Nova fund in 2021 with a commitment to invest exclusively in Black-led healthtech companies. He has already identified more than 150 promising prospects, and plans to back 20 startups this year.

Learn more about Marcus during our discussion with him at the Powderkeg Unvalley event.

2. Venture capitalist Arlan Hamilton is shaking up the traditional venture capital model. In April 2021, she raised $5 million for her VC firm, Backstage Capital, with a crowdfunding campaign that was backed by nearly 7,000 investors.

Arlan’s journey has been challenging. It took her three years to bring in the first $25,000 check for her firm (sometimes she couchsurfed, and even slept on the floor of the San Francisco airport a few times).

But since then, she’s been on a rocket ship of success in the VC world. Backstage Capital has raised nearly $20 million and invested in almost 200 companies. Arlan has even launched her own startup called Runner, which is a labor marketplace that connects startups with operations workers.

Watch our in-depth Powderkeg Unvalley talk with Arlan to learn more about Backstage Capital and her rise to VC prominence.

3. Last year, Kelli Jones announced the launch of her Indy-based VC firm Sixty8 Capital’s first $20 million fund, which will focus on investing in pre-seed and seed-stage companies led by entrepreneurs who are women, people of color, LGBTQ+, or have disabilities. Her firm’s first portfolio company, Qualifi, just received $2.5 million in seed financing.

Kelli is a longtime member of the Powderkeg community – she co-hosted a pitch night in 2018 called Diversity, Inclusion, and the Future of Tech.

Want to get connected with fast-growing Black-owned startups this year? Here’s a list of companies to watch:

We’ve also curated a list of the Best Companies to Work for Diversity, Equity, and Inclusion. Check it out here to Follow companies that prioritize DEI.